Peruvian marines seized a ship some 200 miles off the Pacific coast that was carrying some 12.3 million dried seahorses – with an export value to Asia in excess of $6 million.

According to authorities in Peru, the Adonay had been followed for several days before it was intercepted by the Coast Guard, and the haul of seahorses represents the largest on record. The fishing, transportation and commercialisation of seahorses has been prohibited in Peru since August 2004, but there is a big market for the threatened fish, which is still a primary source of Chinese traditional medicine to ‘cure’ infertility, baldness, asthma and arthritis. 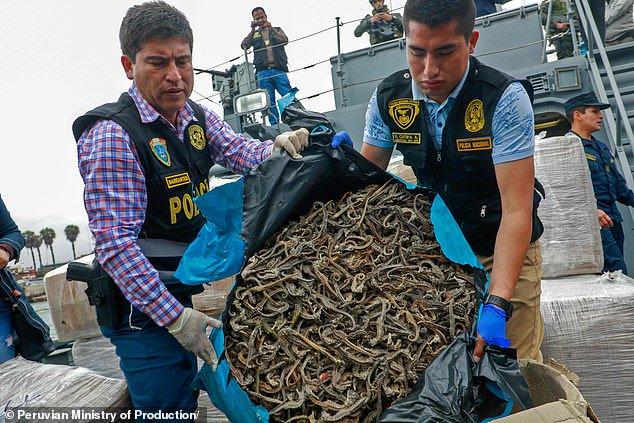 The four crew members on the Adonay – three Peruvian males and a man from Venezuela – were detained and face up to five years in prison each.

When the marines stormed the vessel, they discovered 55 boxes weighing more than 2,300lbs which were crammed full of seahorses, harvested illegally from the Pacific Ocean, which will now be donated to investigative centres and local universities for research. 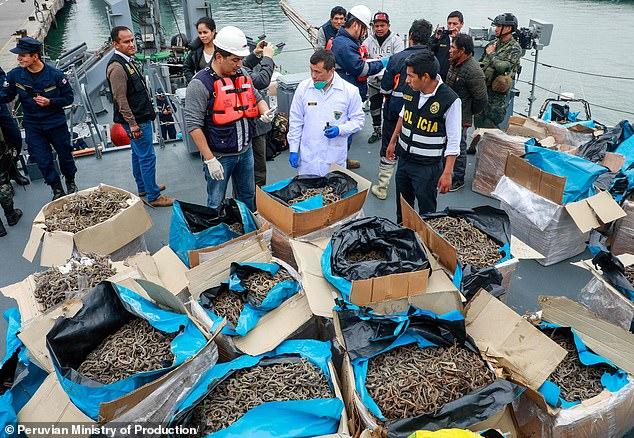 Mark Evans
Scuba Diver's Editor-in-Chief Mark Evans has been in the diving industry for nearly 25 years, and has been diving since he was just 12 years old. 30-odd years later and he is still addicted to the underwater world.

The Blue Wild expo has been cancelled in 2020

The Blue Wild Ocean Adventure expo is the latest dive event that has fallen victim to the COVID-19 pandemic. Where in the World Can...
Read more
Scuba News

The owners of a 197-foot-long superyacht have been slapped with a $100,000 fine after damaging more than 11,000 square feet of coral with the...
Read more
Scuba News

The dive industry has lost a true legend in the form of underwater photography pioneer Jerry Greenberg, who has died after a long career...
Read more
Scuba News

Gangga Island Resort and Spa are offering Risk free booking   With the uncertainty around when restrictions will be eased, and travel can resume it can...
Read more
Scuba News

An iconic US Navy Mark V diving helmet - believed to be one of the earliest helmets in existence - is going up for...
Read more
Scuba News

Beneath the Sea dive show rescheduled to March 2021

The Beneath the Sea dive and travel show in New Jersey, which had already been rescheduled from March to October this year due to...
Read more
Scuba News

The 36th annual Lower Keys Underwater Music Festival is back, with instrument-wielding divers taking to the water on 11 July at Looe Key Reef. The...
Read more
Scuba News

Back in early May, Palm Beach County began allowing dive boats to operate once again provided that they fallow the guides set forth by...
Read more

Adrian Stacey - Modified date: 26th September 2020
Anemone Habitats Much More Than Finding Nemo Anemones are perhaps best known for being Nemo’s home and thanks to the movie Finding Nemo even non-divers...

The Blue Wild expo has been cancelled in 2020

Destinations Magazine is the ultimate online destination whether you are a scuba diver, technical diver or freediver. Whatever agency you trained with, and whatever your level of experience, you will find plenty to enrich and expand your diving horizons.
Contact us: info@scubadivermag.com